The old playground area received some maintenance with safety chips added and 4 new trash receptacles throughout the park. 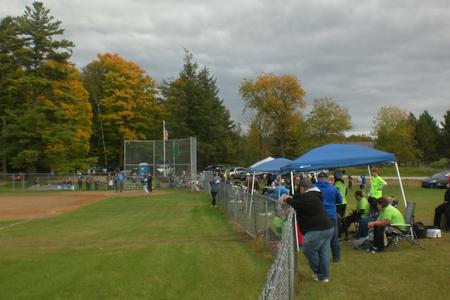 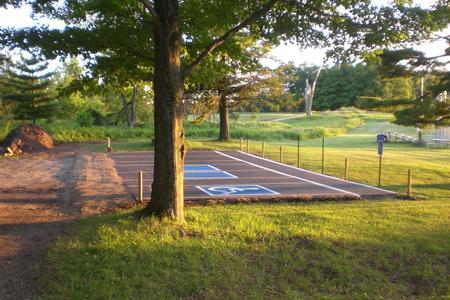 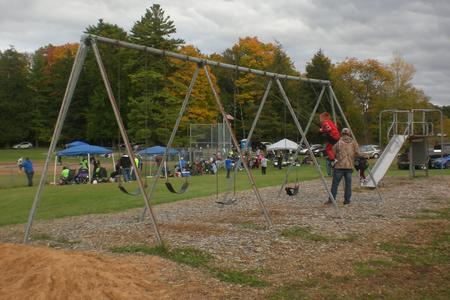 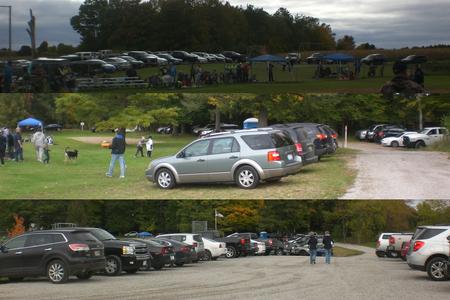 The park has a new 60 X 200 foot parking area in the SW corner of the park which wss built in 2018 by M&M Trucking.  Please use this area to park and avoid driving on the grassy areas. 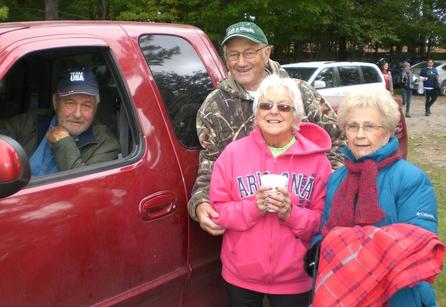 The park is seasonally opened after Memorial Day and closes October 31st.  Hours opened are from dawn to dusk.  No one is permitted on the premises after dark - there is no camping and no overnight vehicles.  It is a seasonal park, seasonal porta-john which has no water.  Until lighting is provided - ball clubs need to comply and vacate the park before dark.  An approved request is required tor use of the baseball field to coordinated maintenance needs.

The handicap parking area was placed separate from the main parking area to be closer to the proposed pavilion location.  There is also a maintenance dirt stockpile to the east of this lot - please avoid parking in this area.

dirt infield was the major improvement that allowed the women's league to have tournaments .  The baselines are 230+ feet from home to fence which was provided for the women's league. The field will cannot be upgraded to meet the 260 foot men's needs. 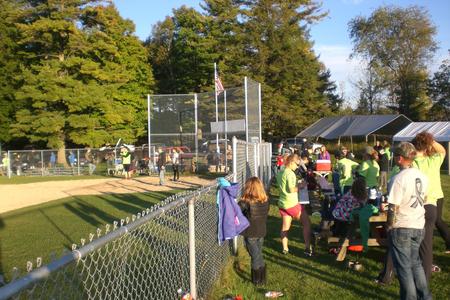 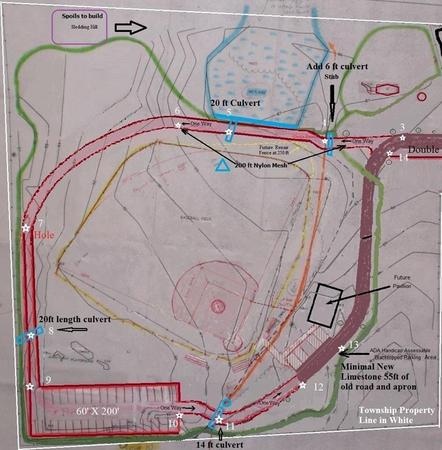 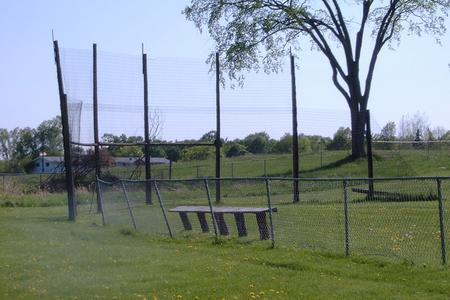 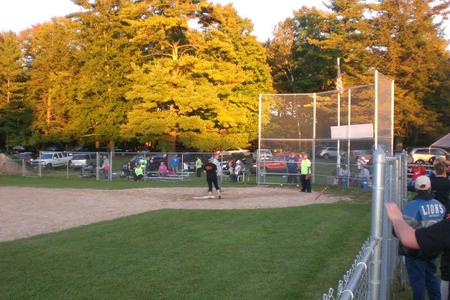 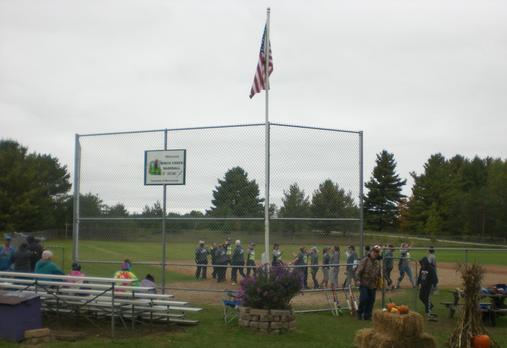 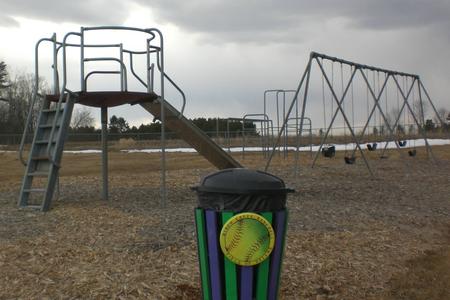 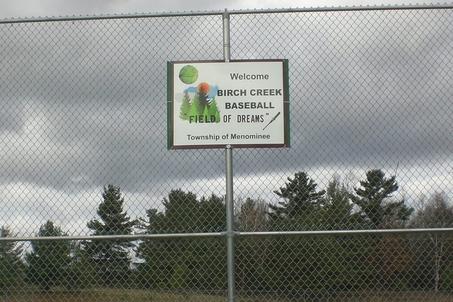 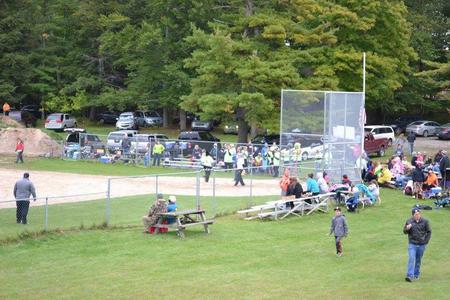 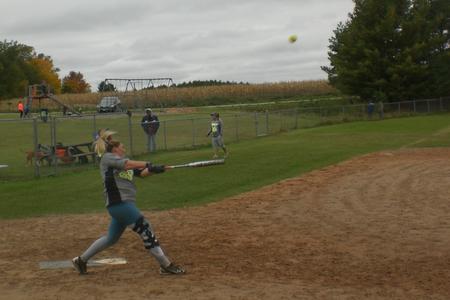 The Birch Creek Baseball Field that was started by local young men and women the summer of 1974.   Vince and Jim Jasenovsky approached  the township board requesting field improvements to develop the baseball field.  After board approval, it was used for several years,  until league baseball teams required a dirt infield.   Between 2010 and 2014 -  the baseball field received minimal maintenance work,  received a grant for a new the backstop and then volunteers helped convert the grassy infield to a dirt infield, adding bases and a few other items designed to meet the needs for little league and the women's league.   The Menominee County Women's Softball League filled the park in October 2015 for three days - beginning the first "Women's Softball League Tournament -  again Oct 2016 (#2);  then Oct 2017 (#3) and then Oct 2018 (#4).   Minor improvements continued to include adding a handicap parking area, another set of stands for the players and trash containers.  In 2018 a one-way "Loop Road" and "Parking Lot" was built to resolve the traffic safety problems.  Late in 2018 -  the Menominee Township Board & Planning Commission received approval by the state for a grant by MDNR to build a pavilion.    The remainder of this page will be dedicated to photos taken during the past few years which should answer the question "Is the park being used?" ......  .